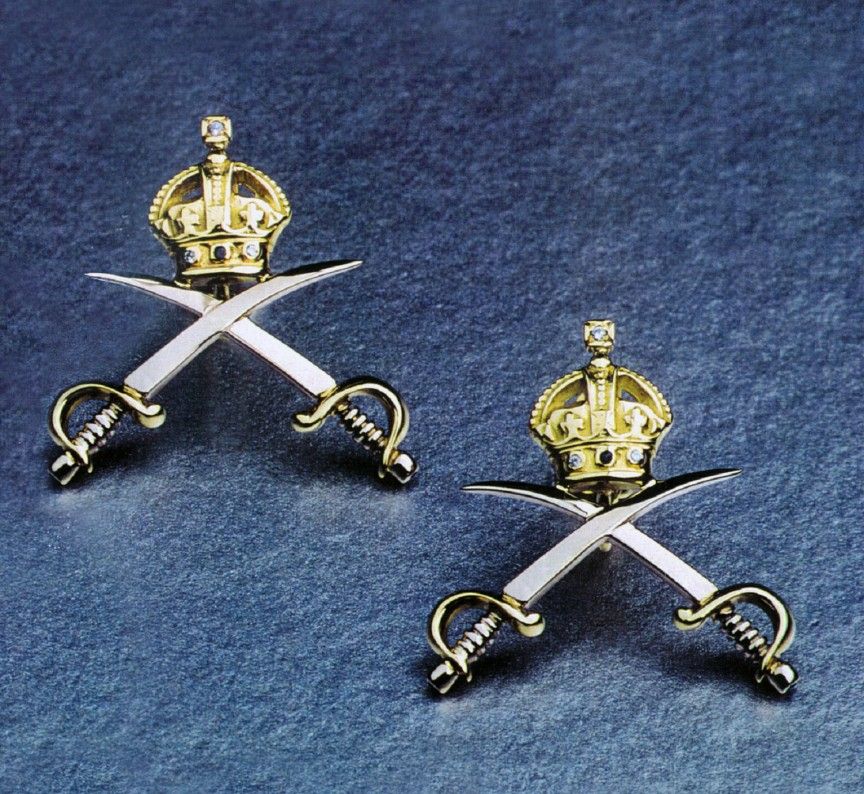 We learn every day about Michael Jackson and even little things like Cufflinks!

Featuring a double sword base topped with a golden crown embedded with sapphires and diamonds in 18-carat white and yellow gold, this pair was designed by Arfaq Hussain.

These luxurious accessories were designed by Affaq Hussian, the former design director of London-based House of Gianni Vive Sulman.

It is one of seven sets, and was part of pop legend Michael Jackson’s famed pseudo-military outfit. Price tag: US$39,000

The pair were privately sold to the US singer, Michael Jackson and MJJ Productions for $39,750 in Bucharest, Romania, in November 1996.

Michael Jackson wore the V2 as part of his iconic pseudo-military outfit. He wore the expensive V2 during the HIStory World Tour.