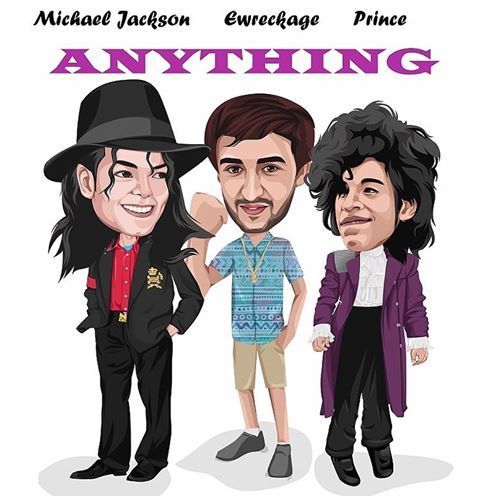 Fake New or Not?? We are currently waiting an answer from the Michael Jackson Estate to confirm the below.
Ewreckage is set to release a new song featuring unreleased vocals from musical legends Michael Jackson and Prince. With production complete, the only known information about the track is it’s titled “Anything” and RnB influenced.

While the audio for “Anything” has yet to be released, Ewreckage posted on his official Instagram page that he will upload the song once his account hits 50,000 followers. He believes this dream collaboration should be heard by a widespread audience and not left undiscovered.

The New Bedford-based musical artist has already garnered success from his debut EP, Saudade, which has been streamed over 125,000 times via Spotify. His breakthrough single “Ocean” would peak at #2 on Portugal’s Pop chart on iTunes.

Ewreckage is a singer, rapper, songwriter, and producer, but primarily refers to himself as a musical artist.

As a disclaimer, it is specified “Anything” is to be released for entertainment purposes and will not be monetized.

We never heard about Ewreckage and the whole thing seems a bit off but we will let you know as soon as we can.
Quelle:mjvibe