Audition for MJ The Musical

MJ the musical has announced a multi-city search for actors of all ages, including young performers to play Michael Jackson at age 10. These auditions come on the heels of the recently announced star casting of Tony Award nominee Ephraim Sykes as Michael Jackson. Actors are being sought for Broadway stage roles as well as to understudy, and must possess the singing and dancing chops for the role of Michael Jackson at various stages of his life in the upcoming Broadway production.

Auditions will take place across the country throughout January in Washington, D.C., Chicago, Detroit, Philadelphia, Atlanta, New York City, and Los Angeles. Complete details on each of these planned open calls is listed below. Video submissions will also be accepted.

More casting is here for the upcoming Michael Jackson musical “MJ”. The production will begin previews on July 6 and open on August 13 at Broadway’s Neil Simon Theatre.

They join the previously announced Ephraim Sykes as Michael Jackson. Additional casting is still to come!

MJ will feature a book by two-time Pulitzer winner Lynn Nottage and a score made up of Jackson’s song catalogue. Tony winner Christopher Wheeldon will direct and choreograph. Who both have publicly insinuate they believed Robson and Safechuck’s stories.

The Estate has also sent an email to fans regarding the ticket sales planning. Advanced tickets will go on sale on January 14 for the people who have registered to the website before general ticket sales on January 15. But a special pre-sale on the evening of January 13 will take place just for the fans (what a threat! really!) through a special link which will be shared by the Estate.
https://mjthemusical.com/
Quelle:mjvibe

The complete creative team also has been announced for the upcoming bio-musical, which begins previews July 6 at the Neil Simon Theatre ahead of an Aug. 13 opening.

A densely industrial city block full of fire escapes and neons, a place that looks suspended in the imagination between Times Square and Tokyo, will form one of the principal settings for MJ, the upcoming Broadway musical inspired by the life and artistry of Michael Jackson. The Hollywood Reporter was given an exclusive first look at the work of scenic designer Derek McLane.

"The majority of the story is set inside a spacious, industrial dance rehearsal studio, but throughout the musical we find ourselves repeatedly transported into Michael's mind — his memories and dreams," said McLane in a statement. "The alternating between dream sequences and reality gives us the chance to repeatedly surprise the audience."

Lia Vollack Productions and The Michael Jackson Estate today also confirmed the full creative team for the show, which will star previously announced lead Ephraim Sykes in the title role.

The show's book is by Lynn Nottage, who won the Pulitzer Prize for Drama for her plays Ruined and Sweat, while direction and choreography are by Christopher Wheeldon, who made a successful transition from the ballet world into musical theater in 2015 with An American in Paris, winning a Tony for his exhilarating dance storytelling.

Few details are known about the show at this point, other than the narrative frame being pegged to the intensive rehearsal period for Jackson's 1992 Dangerous tour, widely considered the height of his reign as the King of Pop. It remains unclear to what extent, if any, the musical will address the controversies surrounding child sexual abuse allegations that clouded the final decades of Jackson's life and have continued since his death in 2009.

"What I would say about the show is that Lynn Nottage and Christopher Wheeldon are really unique and brilliant theater artists and I think that what we have done for as long as there has been theater is told stories about all kinds of provocative individuals," lead producer Vollack told THR in an interview late last year. "Michael Jackson was a figure in our history who has been dead for 10 years, who had a massive impact on music and dance, on how we view celebrity and race."

Previews for MJ are scheduled to begin July 6 at Broadway's Neil Simon Theatre, ahead of an Aug. 13 official opening.

From The Michael Jackson Estate Team:

Group Sales for MJ The Musical

The whole Broadway show team has been ecstatic to receive so many requests for group sales from the various fan clubs around the world. The Estate has worked with the theater and the sales team to set up a special portal where you can go to purchase group tickets for MJ The Musical. If you prefer, you may call 800-525-2929 for group sales. All of the information is available at https://www.broadwayinbound.com/welcome-mjfam/.

Purchasing your tickets as a group will ensure that you get access to a group specialist to help you choose the best option for your group, and there will be a group discount on the ticket price!

This site is designed to best service you, the fans, and you are the first to have access to it. The team is very proud of the show they are creating and look forward to your reviews once you’ve had a chance to experience the magic in the theater. 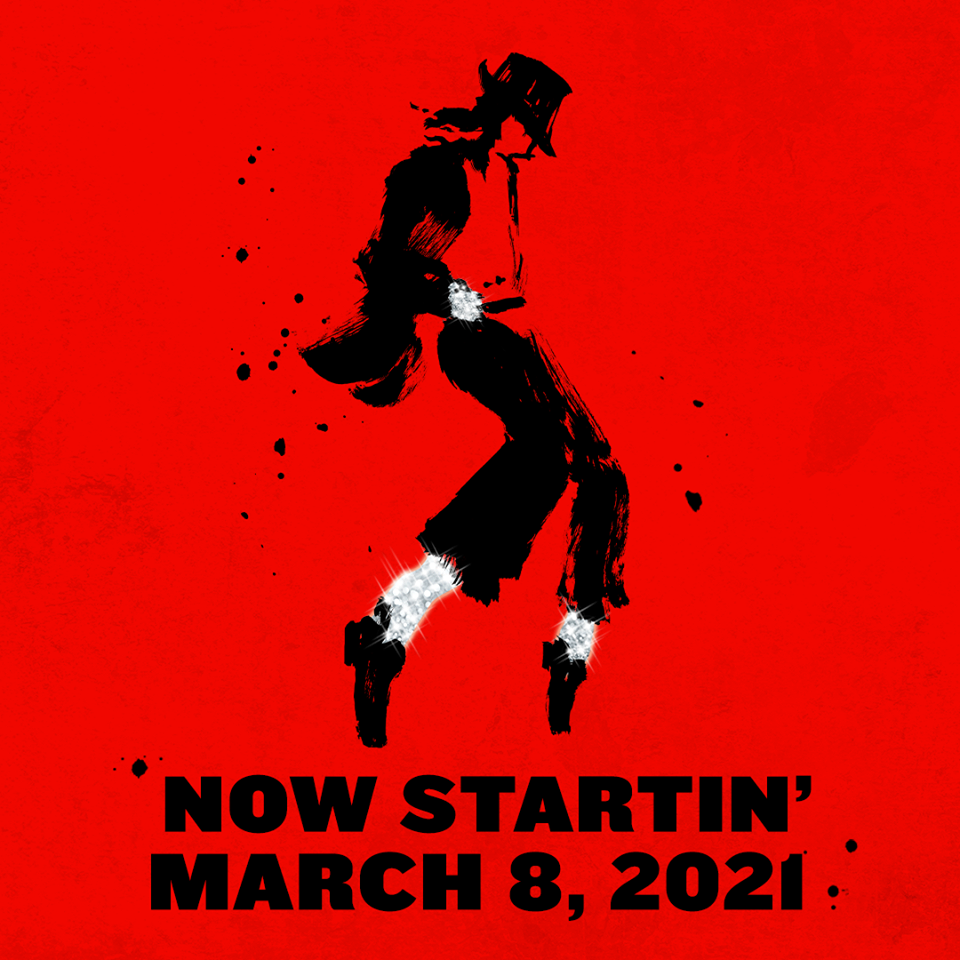 Following the announcement this morning that all Broadway Shows will be postponed until September, The MJ Musical just announced that they will postponed the show until March 8, 2021.

Due to the Broadway shutdown, MJ will now arrive on Broadway beginning March 8, 2021. For information about refunds for canceled performances, please contact your point of purchase. Tickets for our new dates are available now:
www.mjthemusical.com/tickets
Quelle:mjvibe